Following a degree in molecular biology, Alison studied at the University of Manchester for an MSc and PhD in the History of Science, Technology, and Medicine, with a dissertation on the history of biology in the UK in the late nineteenth and twentieth centuries. Her post-doctoral career was spent at the universities of Liverpool and Nottingham, where between 2002 and 2009 she worked on the history of stem cell biology and the use of stem cells in contemporary medicine, topics on which she has published widely. Whilst in Nottingham, and later in Sheffield, Alison taught a range of history of science and science studies courses.

Since 2012, she has been researching the Pugwash Conferences on Science and World Affairs (Pugwash) and its transnational role in Cold War nuclear politics since 1957. This arose from her long-standing interest in the biological dangers and medical uses of ionizing radiation: her study of the controversy surrounding radioactive fallout from nuclear weapons tests in the 1950s led to her work on Pugwash in the UK, especially its leading figure, Sir Joseph Rotblat. At the MPIWG, Alison has co-edited a book on the history of Pugwash with Professor Carola Sachse, which was published in the Brill series History of Modern Science in 2019. Alison’s ongoing work on the Pugwash organization currently includes a research article analyzing its position within current debates about “Science Diplomacy.” She is also a member of the organizing team for the new MPIWG seminar series: Science, Technology and Diplomacy during the Cold War and Beyond: Frameworks, Perspectives, Challenges.

Alison was part of the Research Program on the History of the Max Planck Society (GMPG) from 2019 to 2022. Her most recent publication appeared in 2022 as part of the book series SpringerBriefs in History of Science and Technology: From Dissent to Diplomacy: The Pugwash Project During the 1960s Cold War. 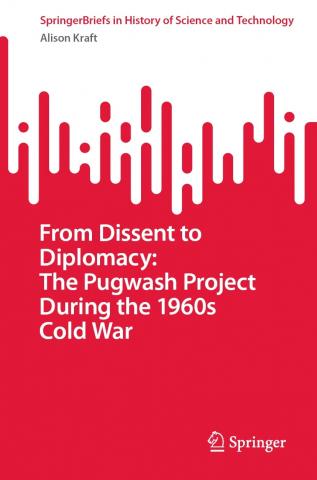 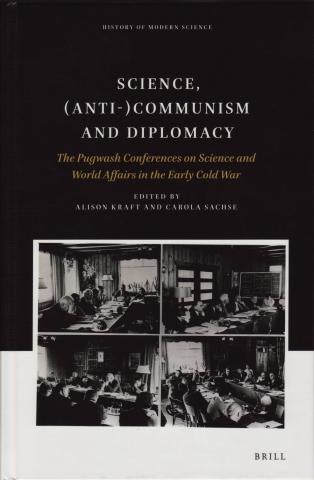 Kraft, Alison (2019). “Confronting the German Problem: Pugwash in West and East Germany, 1957–1964.” In Science, (Anti-)Communism and Diplomacy: The Pugwash Conferences on Science and World Affairs in the Early Cold War, ed. C. Sachse and A. Kraft,…

END_OF_DOCUMENT_TOKEN_TO_BE_REPLACED

Pugwash Scientists: Between Science and Diplomacy in the Cold War

2013–2014
Incl. Hiroshima and Nagasaki in history and memory

December 2017
Pugwash and the two Germanys, 1957–1963: Transcending the divide, tackling the “German question”

February 2018
Pugwash and the two Germanies, 1955–1967: Trust between scientists as political resource?