Logistics, both materially and metaphorically, is tied to histories of urbanization. As a managerial rationality and a material practice for reorganizing global space in service of expanding the total circuit of flows, it is fundamentally dependent on cities and their infrastructures to keep the constant movement of flows going. The systems that coordinate the circulation of goods, ideas, and capital into integrated networks—from roads and railways to loading docks, bonded warehouses, and global communications—shape built environments, by creating operational landscapes of connectivity and transmission; designed according to a paradigm of efficiency and control. In all these regards, logistics has been central to Singapore’s urban development during the era of “First Globalizations.” Shaped by its long history of maritime commerce, the Southeast Asian metropolis was held together neither by a single language nor by political integration—although it formed part of the British Empire. Rather, it was defined by mobility and circulation, that is the constant flow of goods, people, knowledge, and commodities: a logistical city integrated by trade and the forces of capital in search of profits on the forest frontiers of the Malay Archipelago. By exploring Singapore’s logistical urbanization between 1848 and 1942, my research aims to critically unpack these relations between the built networks that coordinate the circulation of things, and their effects on the everyday urban experience. 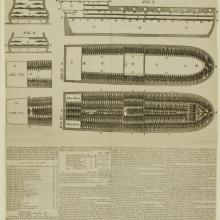