The project aims to map the emergence of a specifically “anthropogenic” change and study its distinctive character as a new kind of change. Anthropogenic changes are not simply environmental changes, but changes thought to be effective on a planetary scale by introducing transformations in the condition of the Earth system. Calling a change “anthropogenic” means thereby placing in a very specific context that cuts across the divide between the natural sciences and the humanitites.

Modern science, as reflected in the above division, has been developed on the assumption that human and natural phenomena should be studied separately by the respective methods of the natural and the human (and social) sciences. My research asks the question of the extent to which the emerging vocabulary of “anthropogenic” changes questions the old division of sciences and attempts to explore the consequences it has for our modes of knowledge production. On the empirical level, as an exercise in the history of knowledge, the project asks whether the occurrence of “anthropogenic” in scientific discourse has been changed during the process of transferring into the vocabulary of humanities research. To what extent do scientific and humanities research mean the same or discuss entirely different things when both inquire into “anthropogenic” changes? Does the vocabulary of the “anthropogenic” point onward to the development of new forms of knowledge or has its initial radicality already become integrated into the framework of existing knowledge? In answering these questions, the project joins forces with Wilko Graf von Hardenberg in setting up a workshop at MPIWG on “Understanding Anthropogenic Change.” 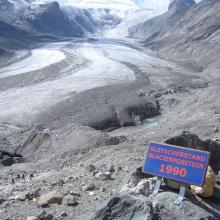 The Art of Judgement
more