Insects, whether as materials or metaphors, were significant rather than incidental to the makings of British imperial politics and culture. On the other hand, various social, bureaucratic, commercial, literary, political attitudes, networks and contexts engendered considerably by the British Empire enabled the firmer institutional entrenchment and sustenance of the discipline of entomology (the "scientific study of insects") in course of the nineteenth-century. This project explored the interconnectedness of these two apparently distinct histories. In analyzing the symbiotic dynamics between insects and empire it revealed the extent to which nineteenth-century imperialisms reshaped the category "insects," and how the figure of insects in turn informed the contours of colonial history. More broadly, the project argued that the categories human and nonhuman were reconstituted in modernity by constant traffic of ideas and interests between the overlapping imperial worlds of laboratory medicine, colonial governance, natural history, commerce, and vernacular print.

British India, the focus of this project, was hardly ever a self-sufficient territorial unit, but was instead part of an intimately-connected imperial world, where some of the foundational moments of modern entomology unfolded. We begin in the late eighteenth century when the Journal of the Asiatic Society of Bengal started publishing regular articles on insects and end in 1920, ten years after the first international entomological congress was organized in Brussels. There was a need to examine the imbrications of enclosed cabinets of naturalists as well as insulated entomological laboratories with extensive and enduring public cultures, which reflected a variety of promises, prejudices, and stereotypes relating to insects.

Indeed, insects attracted the attention of a variety of authors and artists among other commentators in British India during this period. These ranged from ministers of princely states to British parliamentarians, from Christian missionaries to soldiers of the East India Company, from civil surgeons to forest officials, from curators of the Indian Museum to authors of Bengali fantasies, from Directors of Public Instruction to commentators on medical jurisprudence. Insects found their place in vernacular almanacs, manuals and journals, the proceedings of the Asiatic Societies, natural history textbooks, memoirs of retired officials and makeshift naturalists. Insects featured as objects of art, collections, classifications, display, and exchange. They were recommended as sources of cheap food, considered valuable in commerce and employed as “useful” means for extracting confessions from suspected delinquents. Bugs were a constant feature in narratives of agricultural improvements, anthropomorphic social texts, and memoirs about colonial domesticity, adventures, and work culture.

“Imperial Insects” built upon insights available from animal studies, histories of empire, histories of medicine, and environment, postcolonial theory, science and technology studies, and subaltern studies. We examined here a variety of unpublished and published archival sources to reveal not just how a range of European, colonial, and vernacular commentators derived and differed from one another, but also the ways in which entomological knowledge was produced, circulated, translated, displaced, and contested across linguistic and cultural contexts. 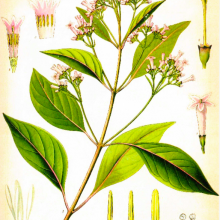