Skip to main content
Nr 2
"Sound of a Dog Barking": History Reveals the Significance of this North Korean Insult to Trump
This may sound like a fairly standard put down, but in fact Ri’s language was carefully selected. In the Korean context, a comparison with a dog is deeply insulting, and this likely explains Kim Jong-un’s follow-up reference to Trump as a “frightened dog,” and other derisive references to his age. Such claims allow the North Korean leadership to present itself as defiant to the world community.

Since the early 1990s, the North Koreans have been gaining increasing attention for their use of sharp language. In the latest such episode, Ri Yong-ho, the North Korean foreign minister, ridiculed US president Donald Trump, comparing his bombastic threats to the “sound of a dog barking.”

This may sound like a fairly standard put down, but in fact Ri’s language was carefully selected. In the Korean context, a comparison with a dog is deeply insulting, and this likely explains Kim Jong-un’s follow-up reference to Trump as a “frightened dog,” and other derisive references to his age. Such claims allow the North Korean leadership to present itself as defiant to the world community.

The Korean peninsula has a lengthy history of exchanging insults, with such propaganda dating to the period around the Korean War (1950–1953). This often involves comparing opponents to a beast or an animal by using phrases rooted in Korean culture.

This style of exchange began as early as 1948, when the United Nations sponsored the first elections to take place after the division of the peninsula into North and South Korea. It has intensified since the mid–1990s, as North Korea sought to acquire nuclear technology, and even more since 2006.

Today, North Korean propaganda posters commonly use phrases such as “American bastard” or “American imperialism,” depicting their opponent as an exaggerated, overly large American soldier. These soldiers often possess distorted facial features, and as a group, they may threaten a cowering group of Koreans, depicted as much smaller and without defence. If these images sometimes lack the personal nature of the exchanges between Kim and Trump, they still carry a charged significance, characterizing Americans with extremely corrosive language.

This style of imagery reflects North Korean memory of the later stages of the Korean War, when the north was subjected to intense American bombing. Although these are contemporary posters, they continue to engage with the legacy of the war, reminding a North Korean audience of their historical antagonism with the US.

In contrast, American anti-Communist propaganda from the 1950s referenced images of international communism, depicting a series of strings connecting north-east Asia. In many cases, Joseph Stalin appears in the background, manipulating events from Moscow. Symbols of the US seldom appear: the country is instead represented within the group of the United Nations. Only in more recent years has this symbolism transformed, morphing into linguistic targeting of the North Korean leadership specifically, using the theme of madness and irrationality for Kim Jong-Il, and now his son, Kim Jong-un.

South Korean propaganda is perhaps the least well-known. From their shared history as one nation, the two Koreas began to take on Cold War ideology following the Korean War, especially as each rebuilt and they became bitter competitors. In the mid–1960s, South Korea offered up images of a giant octopus, sometimes with the face of Mao, threatening Vietnam and South-East Asia with its grasping tentacles.

Under President Park Chung-hee (1961–1979), particularly in the 1970s, South Korean children received anti-communist education (“national ethics”) as part of the curriculum. In textbooks, North Koreans were often illustrated as demonic, inhuman figures, with claws for hands and horns on their heads. This type of imagery continued through the mid–1980s, until South Korea ended its own period of military rule.

The most startling transformation that came with this political change was the image of North Koreans, who were now depicted in South Korean film and popular culture as human beings. This new imagery reflected a period of thaw and concession, away from the previous exchange of insults. A popular film from the period, The Spy (1999), instead showed a North Korean spy going undercover on a mission, who comically does not know how to withdraw money, has trouble with simple conversations, and is robbed by strangers when he arrives in fast-paced South Korea.

If the style of harsh language persists between Trump and the North Korean leadership, it hints at much of this previous history. Such antagonism dates to the destruction of the Korean War and its aftermath. For their part, the South Koreans dropped much of their harsh dialogue in the late 1990s with the “Sunshine Policy,” when President Kim Dae-jung sought to woo the North through a combination of diplomacy and aid. This has proved controversial, as the policy did not succeed in persuading North Korea to give up its nuclear ambitions.

Harsh language is now a regular, almost daily, occurrence, passing back and forth between the United States and North Korea (although South Korean leaders continue to be targeted as well). This language is intended for a domestic as well as an international audience. In the North Korean sphere, the rhetoric creates a performance to keep the home front strong, and strengthens the position of North Korea’s elite political group within the eyes of its people. 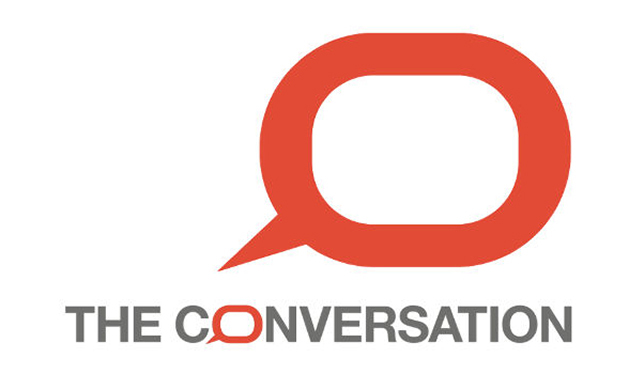