I am a historian of science with a focus on institutions, mathematics, and mapmaking in Islamicate societies until 1700 and cross-cultural encounters in the Mediterranean and western Asia since the eighth century. Currently, I am working on a new interpretation of the Book on the Balance of Wisdom by 'Abd al-Rahman al-Khazini (d. 1130s). With an international group of scholars, I am also building an image database on the visualization of the heavens in Eurasia and North Africa until c. 1700 and the material and intellectual cultures of these images.

I studied mathematics at the Technical University Dresden (1969–1973), history of mathematics and science at the Karl Marx University Leipzig (1973–1976), and Near Eastern history and Arabic at the Martin Luther University Halle-Wittenberg (1978–1982). I wrote my PhD on the history of linear programming and my second dissertation on number theory in Arabic and Persian texts composed between 800 and 1250 (1977; 1989). In 1991, I acquired the venia legendi.

I have published broadly on different topics in the history of mathematics, cartography, patronage, higher education, science and the arts, cross-cultural encounters, and historiography. Recently I edited a book on processes of globalization in the Mediterranean between 700 and 1500 (with Jürgen Renn) and a book about historical narratives on scholarly activities in non-Western societies of the past and their distortions (with Taner Edis and Lutz Richter-Bernburg). My latest published paper deals with early modern sources that reveal how Europeans learned to speak and write Arabic outside the university.

Teaching and Learning the Sciences in Islamicate Societies (800-1700)

Brentjes, Sonja and Abdelmalek Bouzari (2023). “Madrasas and the Sciences.” In Routledge Handbook on the Sciences in Islamicate Societies: Practices from the 2nd/8th to the 13th/19th Centuries, ed. S. Brentjes, P. Barker, and R. Brentjes, 378–393…

Brentjes, Sonja, Nahyan Fancy, and Kenan Tekin (2023). “Systems of Knowledge: Debating Organization and Changing Relationships.” In Routledge Handbook on the Sciences in Islamicate Societies: Practices from the 2nd/8th to the 13th/19th Centuries, ed…

Brentjes, Sonja (2023). “Translation as an Enduring and Widespread Cultural Practice.” In Routledge Handbook on the Sciences in Islamicate Societies. Practices from the 2nd/8th to the 13th/19th Centuries, ed. S. Brentjes, P. Barker, and R. Brentjes,…

Brentjes, Sonja (2023). “The Astral Sciences through the 7th/13th Century.” In Routledge Handbook on the Sciences in Islamicate Societies: Practices from the 2nd/8th to the 13th/19th Centuries, ed. S. Brentjes, P. Barker, and R. Brentjes, 80–95…

END_OF_DOCUMENT_TOKEN_TO_BE_REPLACED 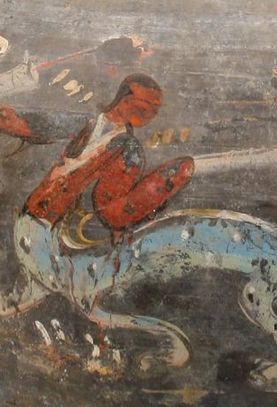 Visualizations of the Heavens—The Database as a Research Tool

Three-Dimensional Scanning at the Transept of the Cathedral in Paris: The Benefit for Art History

Euclid on the Road. Cross-Cultural Transmission, Translation, and Transformation of the Elements

Visualization of Heavens I

Public Lecture: Narratives, Translations, and a Global History of Science