Rules—in the form of everything from traffic regulations and government directives to etiquette manuals and parliamentary procedures—structure almost every human interaction. Increasing use of computers has intensified a trend that began in the eighteenth century of ever more, ever more stringent rules for ever more domains of public and private life, as we intuitively adapt our behavior and perhaps also our thinking to the algorithms of search engines, stock market trading, social media, and myriad other online activities. We moderns cannot live without rules. But we also cannot live with them, at least not comfortably. We chafe at their complexity, their inflexibility, their inefficiency, their sheer prolixity. At a more abstract level, many of the fault lines that run through the landscape of modern thought oppose rules to some other elusive desideratum, such as interpretation, judgment, creativity, discretion, or simple common sense. These are characteristically modern oppositions. Premodern rules, for the over two millennia spanning Greco-Roman Antiquity through the European Enlightenment, built experience and discretion into rules; words for “rule” and “pattern” (or “paradigm”) were used as synonyms in several major European languages. Drawing upon diverse genres—astronomical tables, traffic regulations, law codes, game manuals, handbooks of parliamentary procedures, cookbooks, computer programming manuals—the history of the premodern rule as both a concept and a practice helps better understand our own modern ambivalence about rules.

Lorraine Daston's book Rules: A Short History of What We Live By reviewed in FAZ

Lorraine Daston quoted in Badische Zeitung on the history of rules 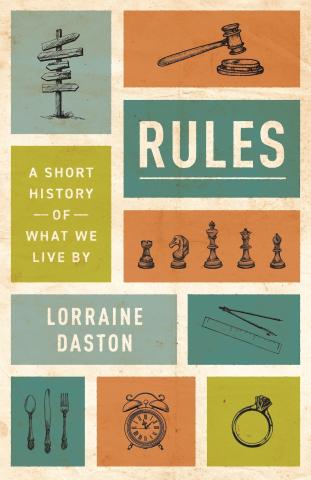