Many histories of Chinese medicine assert that the compilation of the classical corpus (circa 100 BCE–200 CE) resulted in the formation of a rational, correlative system of thought and constituted a radical departure from religious practice. Yet the first formal, central medical institutions and the first state bibliographies to separate medical from religious texts did not appear until the end of China’s early medieval period (220–589 CE). This project identifies an array of actors and communities who actively competed on medico-religious grounds during this time, concentrating on specific well-documented or significant moments. Different formative forces emerge—personal illness, salvific aspirations, sectarian competition, the state, and epidemic and political upheaval—to which actors responded with plans and strategies. Knowledge, in this analysis, is treated as a processual engagement with and means to navigate the world, one that actively structures relations to objects, communities, and events.

One aspect of this project, pharmacological lore, examines the ways in which the material properties of drugs changed as they migrated across different epistemic, geographic, social, and linguistic domains. Records from early medieval China describe a diverse range of actors who intersected in the drug trade: pickers, sellers, doctors, Buddhists, and Daoists. Each adapted and adopted drugs with different plans and agendas. This project explores the limits and opportunities of existing academic resources for identifying how these actors interacted with, represented, and understood drugs and drug lore. This approach differs from traditional, genealogical developmental models of drug history in China by identifying innovative critical methodologies hand in hand with developing new digital tools for exploring these questions. 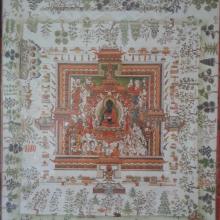 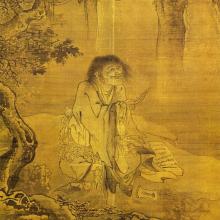