The project deals with the evolution of the camera obscura in Western culture, its uses and applications for the observation and representation of the “photographic” image prior to photography, from the earliest references in antiquity to the invention of photography in the nineteenth century.

In connection with the documentary work and research and experimental work undertaken with the Experimental Historical camera obscura, a collaborative exhibition was held at the University of Castilla-La Mancha in Cuenca, Spain (2015), Ciudad Real, Spain (2015), the MPIWG (2015–2016), and the Spanish Embassy in Berlin (2016) in the framework of the European Month of Photography. 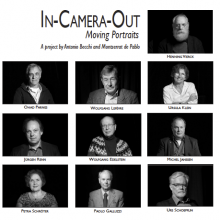