All human knowing is grounded in sense experience. This may sound trivial to us, not least because it appears to be an undisputed principle of our natural sciences today. Yet its recognition as a necessary condition for human knowing dawned on Latin thinkers as late as the thirteenth century thanks to the translations of Averroes’ commentaries on Aristotle’s Physics, De Caelo, De Anima, and Metaphysics. While this “Averroist turn” is well established in scholarship, its positive force as expressed in its peculiar coalescence of philosophical and scientific empiricism has received little attention to date.

In contrast to the modern dichotomy of empiricism—according to which philosophical empiricism is concerned with a theory about the nature and scope of knowledge, and scientific empiricism is concerned with scientific practices of experiment and observation—the Averroist turn gave rise to a conjoined history of both empiricisms. Grounded in sense experience, medieval Aristotelian science always aimed at demonstrative and definitional knowledge. Yet scientific empiricism was not thought to be located in scientific practice engaging with the world in controlled ways, but rather in internal psychological processes taking place in the scientist herself. In order to count as scientific knowledge, any cognition gained through sense experience had to be qualified by means of the well adjusted psychological processes of memory, experience, generalization, and the sought-after ever-true definitions.

This also held true for the scholarly medical tradition of the thirteenth century. Yet it is here that we begin to see how scientific knowledge in practice diverges from the high scientific ideals. As a mechanical art, medicine aimed at preserving and restoring the health of particular people; demonstrative and definitional knowledge only played a causal role in the mind of the physician grounding his particular decisions in universal principles. The purpose of this project, then, is to establish precisely how and why empiricism emerged in the Middle Ages as a viable philosophical and scientific theory, and how this emergence altered the normative landscape of human knowing and science in its standards, practices, and ideals.

Katja Krause's research examined two developments in particular. It focused on the evolution of Albert the Great’s realist epistemology in its turn toward an Arabic Neoplatonism on the one hand, and it studied his conception of human generation in its assimilation of the Aristotelian zoological model in combination with Arabic Neoplatonism on the other. For her second year, Katja focused on Averroes’ psychological empiricism and the puzzle of the ontologically separate Agent Intellect. In this article, written together with Dr. Therese Cory (Notre Dame University), the purpose was to establish how the formal inherence of Averroes’ ontologically separate intellect in the human soul provides the first principles that psychologically ground all our empirically-acquired knowledge. In addition, Katja Krause widened her research focus by looking at the two interrelated topics of the altered ideals of scientific knowledge making. On the one hand, she studied philosophical and medical demarcations of the sciences from the arts in the thirteenth century. On the other, she investigated Albert the Great’s conception of medicine in its reliance on contingent factual knowledge, how it stemmed from experience, and in what way it relates to his ideals of scientific experience. 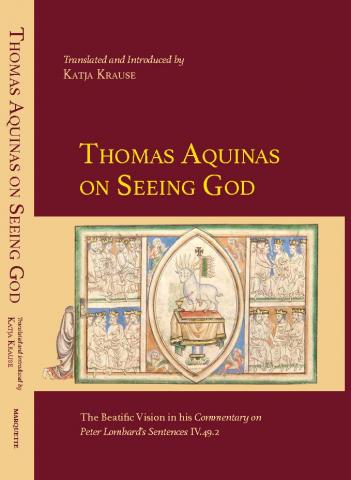 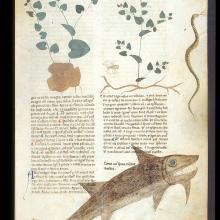