Benjamin Steininger is a cultural and media theorist, historian of science and technology, and curator. He is based both at MPIWG and the Cluster of Excellence UniSysCat at the TU-Berlin (2019–2022). His main research fields are the history and theory of industrial catalysis, history and theory of fossil resources, and a critique of fossil reason. These interests follow a long-standing agenda on the cultural history of energy and acceleration, and the industrial history and theory of the materials of modernity and of the Anthropocene: fuels and refined fossil raw materials, building materials. He is a member of the Anthropocene Working Group in Department I.

At the Humboldt University in Berlin, he studied cultural sciences, media theory, and philosophy (MS thesis supervisors: Prof. Dr. Friedrich Kittler and Dr. Peter Berz). He published his master thesis in a book on the history of the German motorway system.

At the University of Vienna, he completed his doctorate in history and philosophy of science (supervisor: Prof. Dr. Claus Pias, PD Dr. Peter Berz). Topic of his dissertation was the industrial history of catalysis in the twentieth century. He held scholarships at the Deutsches Museum Munich (2006), the Max Planck Institute for the History of Science in Berlin (2006/2007), University of Vienna (2007–2009), IFK International Research Center for Cultural Studies (2009/2010), the Center for Literary and Cultural Research Berlin (2010/2011), University of Applied Arts in Vienna (2013/2014). In 2016/2017 he taught at the University of Linz (AT) and at the Leuphana University Lüneburg (DE).

He is also involved in the Anthropocene Projects at the HKW (Haus der Kulturen der Welt), Berlin (2012–current). He contributed in 2019 to the project “Mississippi – An Anthropocene River” as a River Fellow and at the River Campus New Orleans in 11/2019.

From 2012 to 2016, he directed a digital collection and exhibition project on the subject of 100 years of the oil industry in Austria (cooperation partners: the Geological Survey of Austria (GBA), OMV AG, RAG, Vienna Technical Museum, University of Vienna, TU Vienna www.rohstoff-geschichte.at). As a curator, he works in several contexts on a retrospect on the age of fossil industry and culture. In 2017, he co-curated the multi-channel installation “Hydrocarbons” at “1948 Unbound, Entfesselung der Technischen Gegenwart.”

Benjamin’s current work at the MPIWG deals mainly with industrial catalysis as a model case for the Human-Earth-Interaction in the Anthropocene.

He is involved with various cooperations, for example, he is project partner in the DFG network “Materials in Motion” (https://materialien-in-bewegung.de/) until 2021.

Together with Alexander Klose, in 2015 he founded the research collective “Beauty of Oil,” the projects of which are the exhibition “Oil! Beauty and Horror in the Petrol Age” (opening 6/2021) at the Kunstmuseum Wolfsburg and various cooperations with the Goethe-Institutes in Minsk, Olso, and Novosibirsk.

Fossil Modernity—Technical Materialities and Time Regimes in the Anthropocene

The Cultural History of the Concept of Catalysis

END_OF_DOCUMENT_TOKEN_TO_BE_REPLACED 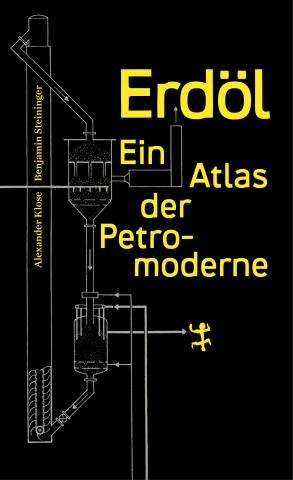 Transformations of Energy Systems: Historical Perspectives on the Anthropocene

Energy Transformations. Perspectives from the Humanities