Often overlooked, manuals and handbooks, protocols and reference literature are key tools in the making (and doing) of knowledge, not least in science. Across learned societies, artisanal workshops, biomedical laboratories and, not least, libraries, instructional texts and compendia codify the knowledge of a working community, with an eye to communicating what a new practitioner needs to know. Such texts have also played a key role in bringing local knowledge and know-how to far-flung readers and practitioners around the globe. “Learning by the Book,” brings together the history of science and the history of the book to consider, put in simplest terms, how practices relate to texts and learning to doing. To pick up a familiar philosophical distinction, this orientation allows a historian to study the knowing how of the sciences as opposed to the knowing that documented in articles, monographs, or textbooks. What is more, our project uses manuals and handbooks as a focal point for a geographically and temporally extended perspective on problems such as referencing, or, generally speaking, knowledge transmission. We contend that following mundane texts and their uses, rather than focusing only on elite practitioners, brings into view a new set of historical connections and participants.

How do practitioners—of any form of specialized knowledge—learn technical skills, and how do they find knowledge deemed as solid and secure? Clearly, much scientific training occurs within formal situations such as universities and research institutions. These have attracted due attention from historians, notably with a focus on how experts convey working knowledge, usually in person, to their students or apprentices. But learning does not stop with formal education. Within communities of researchers and practitioners, like laboratory groups and households, manuals have long enabled informal education and training. Learning from books rather than masters removes the traditional hierarchy of classroom, laboratory or lecture hall but can involve other power dynamics, especially when instructional materials are elements of governance or set workplace (or even domestic) standards. Considering examples from diverse historical contexts, we collectively scrutinize how know-how, and knowledge from antiquity from to the late twentieth century has become reconfigured through productions of various forms of books; how these texts facilitate technical training and monitoring; and how manuals and handbooks figure in the marketplace for leisure reading and self-improvement as well as that for scientific work.

The project was conceived as a collaborative venture by historians of science and knowledge in Berlin (Humboldt-Universität, MPIWG) and Princeton University in 2015. The group has since expanded to include participants from many other institutions. The first results of our project were presented at a symposium entitled “Knowledge by the Book” at the 25th International Conference on the History of Science and Technology at Rio de Janeiro, Brazil, in July 2017. In 2018, a conference on the broader theme of “Learning by the Book: Manuals and Handbooks in the History of Knowledge,” took place in Princeton, USA, co-organized and sponsored by Princeton University and the German Historical Institute (Washington DC). Speakers at the conference also shared their work in form of blog posts on the GHI’s History of Knowledge blog. 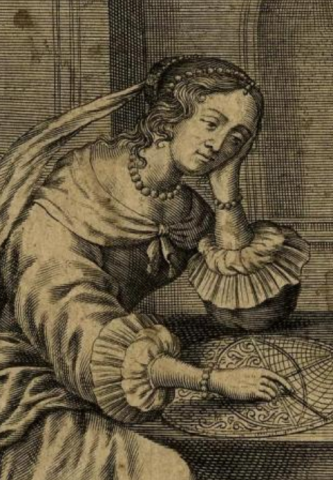 Feature Story
Learning by the Book