The question of epistemology is the foundation of any science, and “experience” or “observation” of the world around us lie at the heart of a number of Islamic sciences. Classical and post-classical Islamic thinkers made recourse to observation of natural phenomena, such as the heavenly bodies, the generation of plants and animals as well as human activities, within the framework of their particular disciplines and with specific concerns in mind. The aim associated with this kind of observation was to attain knowledge not only—as one might expect—of the phenomena observed, but also, and no less importantly, of phenomena that lie outside the realm of the senses. Whether observation can be seen as a means of attaining certain knowledge, however, seems to have been a matter of debate over time. Thinkers who appear less certain about the epistemic force of observation tended to advocate different considerations and forms of argument.

This research project, therefore, seeks to trace the ways in which Islamic thinkers discussed, conceptualized, and employed observation of the natural world in their quest for knowledge. 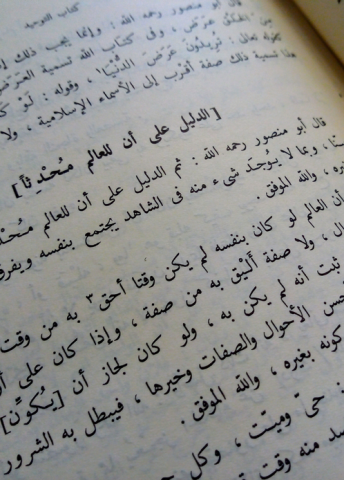