This project researches and digitally collects early modern images of astral culture and knowledge with a geographical focus on the Holy Roman Empire of the German Nation. Particularly the period between the Reformation and the Enlightenment was not only an era of scientific revolution but also a time of perceived and real crises in which religious and political instabilities and the crumbling of social and intellectual orders made people insecure, and the need to explain nature and cope with daily life was expressed with reference to the celestial sphere. The investigation of intrinsically interdisciplinary sources, vernacular pamphlets and broadsides on heavenly phenomena, not only sheds light on the dynamic and complex relationship between natural knowledge, world view and forms of belief but also offers a unique insight into a discourse connecting the realms of academic debate and popular culture. By combining iconological analysis with a historical perspective on images as materialized epistemic objects, this project explores how they illustrate, create and communicate certain orders and claims of knowledge, how they exhibit different levels of cultural meaning, and how they fulfill scientific, aesthetic, communicative, commercial and psychological functions. 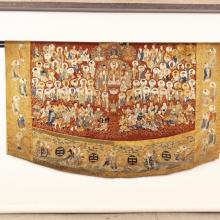