This project explores the history of keeping elephants in captivity in Eastern Europe with a focus on how the trajectories of colonial trades in zoo specimens and ivory underpinned the processes of modernization in the region during the years 1874–1945. Historically, elephants have been considered prime symbols of power and triumph of the empire, and thus were often the jewels in the crown of colonial animal collections across Europe. Similarly, ivory, a valued commodity associated with purity and chastity per its whiteness, was aptly used both in Christian devotional art and everyday objects.  Through the spread of Christianity, the trade in ivory significantly shaped material cultures even beyond the areas of elephant habitat. This study explores how the colonial origin of elephants as both big game (being hunted for ivory, taxidermy, meat) and charismatic megafauna (spectacular mammals on display) translates into a geopolitical context without direct overseas colonies, in order to trace the material links between species, race, transnational commodity networks, and structures of identity formation. In this sense, the underexplored routes of the trade in elephants and their bodily parts from South-East Asia and East Africa to Eastern Europe are brought into perspective in their complex relations to environmental history, as well as issues of nationalism, imperialism, and colonialism, engendering specific imaginaries of European whiteness. 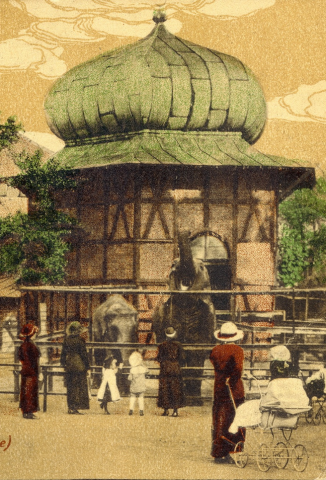 Feature Story
Elephant Ivory, Zoos, and Extinction in the Age of Imperialism (1870s–1940s)