The objective of the independent Research Group “Experimental History of Science” was to investigate the texture of scientific change. The word "texture" should be understood in its literal meaning: the fine structures and often hidden inter-connections between material objects, working techniques, and symbolic meanings that go into the process of scientific change. This Research Group drew attention to the role of materials and techniques in scientific research. In particular it explored the historical and epistemological meanings of the experiencing subject in physical investigations of nature—knowledge embodied in historical actors. Related projects have shown that what had conventionally been understood as tacit knowledge can usefully be conceptualized as embodied knowledge that can be reconstructed by looking at the intersection of actions and structures in specific fields of cultural production.

We took up the challenge represented by the long-standing divide between epistemology and practice, and sought to break with traditional concepts of disembodied knowledge. At the heart of this conception of embodied knowledge lies the unity of experience of the actors involved in productive work. Knowledge governs but does not determine practice; and practices, as they are enacted, may constitute a source of new information and open prior knowledge to reproduction or transformation—with implications for subsequent practices. This is not merely about shifting historians’ interest from the "software" of science to its "hardware"; we attempted to go beyond the time-honored divide between "thinking" and "doing"—a dichotomy often reproduced in the very process of being questioned—by putting forward a conceptualization of practices as "knowledge in action." Experimental as well as theoretical techniques are hence to be understood as human performances of specialized work involved in generating knowledge.

Within this conceptual framework, two important historical periods of cultural and scientific change were investigated. The first explored hitherto unrecognized practical knowledge traditions and their impact on the formation of science during the mid-eighteenth until the mid-nineteenth century. The second focused on the changing experiential basis of physics in the period between 1870 and 1920. 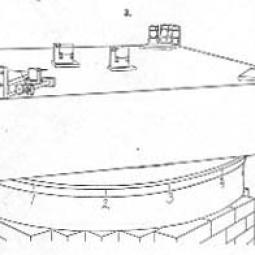