The notion of endangerment stands at the heart of a network of concepts, values, and practices dealing with entities threatened by disappearance, and with the devices, such as archives, catalogs, or databases, aimed at preserving them. It thus opens the way for examining the construction of data deemed significant, the kind of knowledge such data constitutes, the structures into which it is organized, the affects that permeate it, and the moral and epistemic values it incarnates. Protecting the endangered and memorializing the extinct assume that the objects to be safeguarded or remembered are valuable; these are often associated with a supposedly natural or original state, sometimes with a condition of primeval authenticity. Architectural patrimony conserved in photographs, extinguished species in museum displays, or dead dialects in recordings nurture nostalgia for a more diverse world, and may give rise to resuscitation fantasies; together with dramatized depictions of imperiled places and organisms, they dynamize tensions between risk and heritage, and acquire political valence inside and outside science. The notion of endangerment transforms natural objects into cultural ones. Its centrality to projects for the protection of languages, the preservation of biodiversity, the defense of architectural patrimony, and much more started to crystallize around the mid-nineteenth century in different European and American lands. Such international scope and global chronological coincidence framed the research of this Working Group into the various dimensions of the history and cultures of the "endangerment sensibility" that has come to make us perceive the world as essentially under threat. 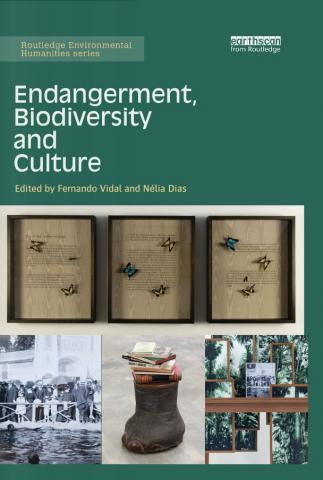