This Working Group explored the intersections of gender and science. Its focus was contexts other than accredited institutions, state-sponsored universities, and research institutes. Employing gender as a category of analysis, this Working Group examined scientific practices in locations such as the kitchen, the nursery, and the storefront. Participants discovered that divisions between authorized and popularized science in different times and places were status-laden, in many instances confining constructions that invite greater scrutiny. Members of the Working Group found that when attention is paid to gender and geographies, and when hierarchies of knowledge production are rejected, what emerges is a colorful landscape of communities and individuals producing science and pursuing scholarship, evoking a knowledge society avant la lettre that inspires new, broader definitions of science and the production of knowledge.

The first meeting of our Working Group took place in June 2010. A second meeting was held in July 2011. Six of the essays discussed at these two gatherings appeared in the May 2013 issue of Centaurus. 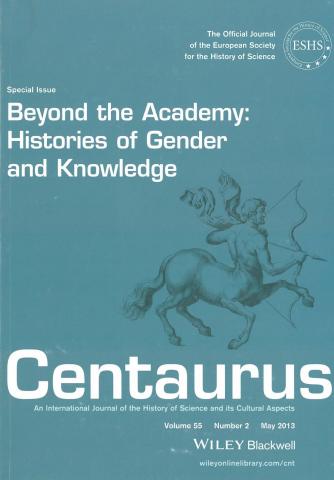