When Edward Conway, Viscount Conway and Kiluta, retired to Petworth in 1650, he began a weekly correspondence with his nephew Sir Edward Harley. The letters cover a variety of topics from books to religion to contemporary politics to household organization and affairs. Perhaps surprisingly to modern minds, recipes or receipts for medicines and foodstuffs were a constant feature of this exchange. In fact, in a letter dated October 29, 1650, Conway writes: “When I opened your letter and saw that great paper I was very glad for I did nerely beleave that it was receipts of cookery or Preserving or Phisicke or surgery…but when I found there was nothing but phisick for the soule, nay whitch is worse perswasion to goe to an ill physitian….” (British Library, Additional Manuscript 70113, bundle 3).

Conway’s disappointment hints at the intense interest that medical and culinary recipes held for early modern men and women. Conway and Harley were, of course, not unique in their enthusiasm for collecting, exchanging, and experimenting with recipes, nor was this a uniquely English phenomenon. The hundreds of surviving household recipe books in archives throughout Europe attest to the early modern fascination with these short tidbits of practical instruction. These notebooks of various sizes and qualities were regarded as objects of value by contemporaries and often appear in inventories and wills. However, with their dense listing of recipe after recipe with little or no theoretical explanation, many of these books remain a puzzle to modern historians and literary scholars. Why were early modern men and women so intrigued by and enthusiastic about recipes? What role did these texts play in the production of vernacular natural knowledge? What sorts of medical activities were conducted in kitchens, closets, and stillrooms? How do recipes and practical knowledge fit into wider frameworks of natural inquiry? In what ways do home-based medical practices connect and relate to commercially available health services? Based on extensive archival research, this project is the first study to locate and contextualize household recipes within narratives of early modern knowledge codification and transfer, medical and scientific practices, and manuscript and print cultures. 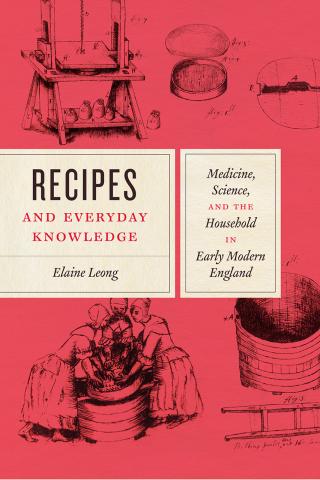