History is built into the natural and human sciences at different levels: some disciplines, such as geology and archeology, deal with phenomena that are intrinsically historical; others, such as sociology and mathematics, use their own disciplinary genealogies to create canons of classical texts or eponymous theorems; still others, most in fact, accumulate disciplinary lore—anecdotes with which to initiate novices and heroes to honor with jubilee volumes. But for some sciences history enters at the archival level: they depend on collections of data and objects in order to pursue research in the present and insure the possibility of research in the future. These are the sciences of the archives.

The type specimens enshrined by botanists, the core samples drilled by geologists, the ancient observations still referred to by astronomers, the data banks assembled by biologists, the museum collections that hold the corpora of art historians and archeologists, the parish records consulted by demographers, the voice recordings hoarded by linguists, and of course the libraries and archives visited by historians: these are the sorts of collections that define the sciences of the archives. As these examples suggest, there are sciences of the archives that study the natural as well as the human realms. The practices of collecting, classifying, and preserving are common to both, and there is no presumption that either the items collected, the institutions that preserve them, or the methods that make use of them line up along the two-culture divide. For example, the museum-based inquiry of geology, zoology, and botany may resemble art history and archeology more closely than any of these disciplines resemble the observation-based investigations of astronomy and demography. The sciences of the archives remap the divisions of knowledge in surprising ways.

Many but not all sciences of the archives study phenomena that unfold on a superhuman timescale: geology, evolutionary biology, paleoanthropology, and astronomy are obvious examples. But other data-hungry sciences of the archive, like genetics, see no need to reach back into the deep past: terabytes of information about the present will serve as well for their meta-analyses. What all sciences of the archives have in common is not past but rather future consciousness: they imagine the archives that they have taken such pains to amass and conserve as a bequest to their successors, to the archaeologists, astronomers, geneticists, geologists, and demographers of the future. To create and curate an archive is to assume disciplinary continuity, sometimes across centuries or even millennia (as when astronomers in the year 1900 decided to bequeath a complete photographic record of the sky to the astronomers of the year 3000). There is always a utopian element in the sciences of the archives, a vision of a community that will endure—and cherish the collections so carefully laid up as provisions for future research.

The Working Group on the Sciences of the Archive met in Berlin in 2013–14 with the aim of producing a collective publication. Its members were scholars who addressed significant episodes in diverse disciplines, epochs, and cultures. As always with MPIWG Working Groups, the goal of the publication was to open up, not exhaust, a new field of research that will attract other scholars to the topic by revealing its richness. 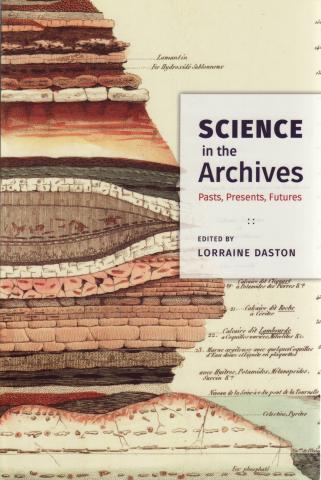