The stylus is one of the simplest and most economical instruments of scientific practice. Apparently unsophisticated though ubiquitous, it plays a constitutive role in the production of knowledge. In the context of scientific research, both drawing and writing involve much more than the recording of what was previously thought or observed. Rather, they produce effects of their own that are connected to the particular techniques of their use. Stylus, pencil, and pen have the power to mediate: they translate observations into two-dimensional, and thus easily reproducible, texts, and images; they concretize cognitive processes and in this way open up an interaction between perception and reflection, between the securing of phenomena and the formation of theses. Many objects and phenomena become available and comprehensible only through drawn and written records. Moreover, the activity of writing and drawing constitutes one of the most critical steps in scientific research: the step from (potentially) ambiguous data to stable facts.

Writing and drawing have maintained their value even within the complex and abstract cultures of modern science and scholarship. From the late eighteenth to the twentieth centuries, the natural sciences and humanities were still as heavily dependent on graphic visualization and written records as they were on observation and experiments. Certainly their range of use was significantly modified. The targeted period—1800 to 2000—saw an intense competition between “old” and “new” media. Therefore, this project examined the tension between handwriting and drawing on the one hand and mechanical, photographic, or digital recording technologies on the other. The analysis of the various forms of their interaction opened up new perspectives on the relative utility of writing and drawing under the shifting epistemological and cultural conditions of modernity.

New Series: The first two edited volumes of the project "knowledge-in-the-making", a cooperation of MPIWG and the KHI, have been published. 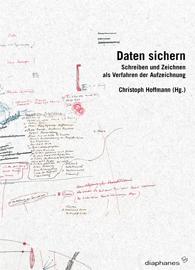