Edna Bonhomme earned her PhD in History of Science at Princeton University. Her doctoral research, “Plague Bodies and Spaces: Medicine, Trade, and Death in Ottoman Egypt, 1705–1830 CE,” examined the ways that North African port cities not only functioned as liminal spaces for trade, but were also laboratory spaces for trade and imperialism. During her PhD studies, she was a lecturer at Drexel University in Philadelphia where she taught courses on the intersections between race, colonialism, and cinema. She was awarded the Foreign Language Area Studies Fellowship (2012/2014), the Princeton Center for African American Studies Dissertation Research Fellowship (2013), and a New York Public Library Research Scholar.

Edna is currently completing her manuscript Ports and Pestilence, which traces epidemics, public health, and scientific practice in Alexandria, Tripoli and Tunis. Her new project critically interrogates epidemics, surveillance data, and climate change in the 20th century, especially the ways that knowledge is represented and embodied in colonial and postcolonial contexts. Using North Africa and the Middle East as a case study, she goes to show how categories of disease and data collection are linked to postcolonial conceptualizations of health and power produce new bionic beings. Since becoming a Postdoctoral Fellow at MPIWG, Edna has been a lecturer in global histories of the subaltern at the Humboldt University in Berlin for the “Diversities of Knowledge Programme,” an initiative that encourages innovative teaching as well as Bard College Berlin where she taught a course on science and colonialism.

Edna’s work engages with digital humanities and critical media through various collaborative projects and performances. In 2020, Edna Bonhomme and Nnenna Onuoha premiered their exhibition “Cartographies of Care,” which charted the experience of African diasporic health in Berlin within and outside the German healthcare system. By engaging with the five senses, the visual artists showed how these people found solace and restoration in Black healing: Cartographies of Care – alpha nova & galerie futura. In 2018, she was co-awarded a grant by the Vereinigung bildender Künstlerinnen Österreichs (Austrian Association of Women Artists) to curate and produce critical media for “Scan the Difference: Gender, Surveillance, and Bodies” which was exhibited in Vienna, Austria. Moreover, she has engaged in various performance lectures including “Technologies of the Body” in Prague, Czech Republic and “Reparative Archaeologies” in Berlin, Germany.

At the MPIWG, she was the co-organizer for the “Critical Global History of Medicine” (2017–2019) and she is currently a co-organizer for the “Troubling the Epistemes and Postcolonialism” reading group (2019–Present). Edna has also co-organized a conference, “Power in Medicine” with the MPIWG through a joint partnership with EUME. Moreover, she co-created the podcast, “Decolonization in Action,” which explores the term “decolonial” and how it gets applied today by artists, researchers, and scientists. In addition to her academic and creative publications, she has written about surveillance, feminism, and the African diaspora for publications such as Africa is a Country, Analyses & Kritik, Contretemps Revue de Critique Communiste, Der Freitag, Mada Masr, and The Nation.

“ When Africa was a German laboratory | Europe | Al Jazeera, October 2020.

“Covid Threatens to Worsen Disparities in Maternal and Reproductive Care | The Nation, October 2020. 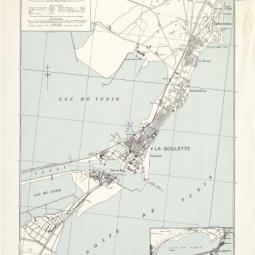 Mapping Epidemics
more
No completed projects were found for this scholar.

Calendrical Reform and Functionalism: Engagement of Mathematical Astronomers in Executive Practices in the Early Islamic Period

A Physicist Road to Emergence: A Revisited Story of “More Is Different”

Leibniz, Crafft, and the Episode of the Phosphorus

Power in Medicine: Interrogating the Place of Medical Knowledge in the Modern Middle East