Francesco Luzzini (PhD, History of Science, University of Bari; BS/MS, Natural Sciences, University of Milan) is Affiliate Scholar in Department I of the MPIWG. His research focuses on natural philosophy, the Earth and environmental sciences, and medicine in early modern Europe, with important forays into modern and contemporary contexts. He is Contributing Editor for the Isis Bibliography of the History of Science and Councillor for Earth Sciences History, the journal of the History of Earth Sciences Society. Among his previous positions, he was Mellon Fellow (2020) and Postdoctoral Fellow (2015–2016) at the University of Oklahoma, Visiting Fellow (2016) at MPIWG Berlin, and Research Fellow (2012, 2014) at the Linda Hall Library in Kansas City. He taught history of biology, history of geology, and history of medicine at the universities of Milan and East Piedmont.

Within the Anthropocene Project, Francesco’s research focuses on a historical period (sixteenth to early eighteenth century) which is conventionally described as the “prehistory” of Anthropocene, that is, the period before human activities began to significantly impact geologically and ecologically on the Earth’s environment. Still, it was during this period that natural philosophy, medicine, experimentalism, and traditional technologies started to interact significantly, leading to the definition of new scientific practices and methods. Relying on field research, the newborn Earth sciences gained knowledge (and most of their terminology) from a number of technical and practical activities such as mining, chemistry, metallurgy, engineering, hydraulics, and even pottery and farming. This interdisciplinary cross-pollination set the stage for the explosive rise of human technologies, and the dramatic impact they would exert on the environment in the following centuries.

Francesco’s current project (“Sounding the Depths of Providence: Mineral (Re)generation and Human-Environment Interaction in the Early Modern Period”) focuses on the early modern debate on the origin of mineral ores and on the main themes, voices, and concurrent factors—scientific, philosophical, cultural, geographical, religious, social, political, economic—that shaped it. In doing so, the project aims to assess how the early modern understanding of mineral generation influenced our perception of natural exploitability, renewability, and exhaustibility—and, more generally, the development of the Earth sciences and the emergence of humans as geological and environmental agents.

The Water City: The Political Epistemology of Hydrogeological Praxis

The Earth Sciences and Field Research in Early Eighteenth-century Italy

END_OF_DOCUMENT_TOKEN_TO_BE_REPLACED 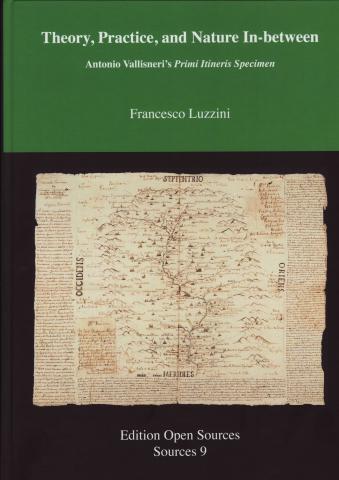