This project investigates eighteenth-century silver mining in central Germany as a highly charged site of exchange between the emerging earth and technical sciences and state administrations that had their own protocols for knowledge production and use. Labor-intensive, capital-hungry, and barely profitable, the mining business entangled many actors: merchants, who watched their returns closely; civil servants whose ideas ranged widely; as well as university-trained naturalists and workers trained in the mine. Central to this investigation are questions regarding unequal relationships within this knowledge economy: Which observations counted as reliable data? How were relevant experiences stored and reactivated for later use? Whose expertise was valued, and whose rejected? In a comparative fashion, this project reconstructs the particular logic of scientific, mercantile, and administrative "fact-keeping." While historians of science have traced transfers of methodology and epistemic values into the natural sciences—for example, in Alexander von Humboldt's working practice—this project focuses on lesser-known bureaucratic knowledge production. It traces how certain forms of knowledge developed clearer contours as well as how diversely skilled experts bridged newly established boundaries between science, state, and commerce. It not only investigates discontinuities and misunderstandings, but also how very different kinds of persons and institutions engaged each other successfully. Further aspects of this research are being developed within the Working Group “History of Bureaucratic Knowledge.” 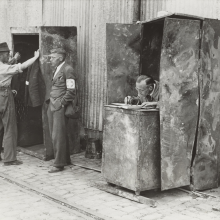